This article was originally published on The Ultimate Hang. Written by Derek Hansen. April 06, 2013

I posted earlier on how you can use the LoopAlien with a tarp and a continuous ridge line, but a lot of folks prefer using guy lines just on the ends of the tarp’s ridge line. The LoopAlien works just as well with end-only ridge tie-outs and can be easily added to existing lines without untying or modifying your guy lines.

In this video and illustration, I also show an alternate method for locking the line around a LoopAlien that is easier and faster. Enjoy! 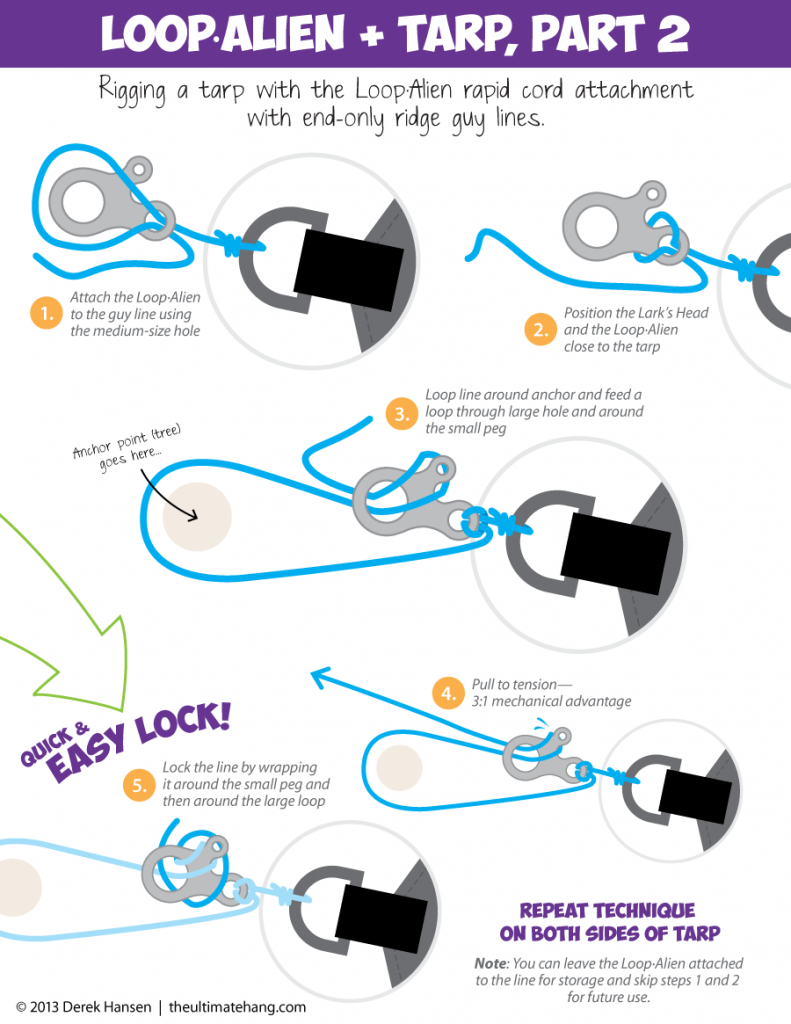